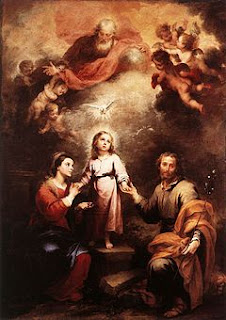 I recently re-discovered a quote from one of my favorite liturgists and authors, Adrian Fortescue. The quote is from his book "The Greek Fathers": "People who are not theologians never seem to understand how little intention is wanted for a sacrament (the point applies equally to minister and subject). The "implicit intention of doing what Christ instituted" means so vague and small a thing that one can hardly help having it -- unless one deliberately excludes it. At the time when every one was talking about Anglican orders numbers of Catholics confused intention with faith. Faith is not wanted. It is heresy to say that it is (this was the error of St Cyprian and Firmilian against which Pope Stephen I 254-257 protested). A man may have utterly wrong, heretical, and blasphemous views about a sacrament and yet confer or receive it quite validly."

This is important, because validity is the sacred cow of the ISM. Without valid apostolic succession, the sacraments offered by a priest are invalid. I have been quite scrupulous about sacraments in the past, and continue to be so to a large degree. My theological education, which is patently Western, has always maintained that matter, form, and intent are essential to the valid confection of a sacrament. Matter is the touching of the head with the hands (or hand for diaconate), form is the wording within the preface (in the Western rite) indicating what is being done, and intent is to do what the church intends. That is it. This is relatively simple and reasonably difficult to "mess up."

Now, this post is not intended to get into the murky world of what is the correct form. Traditionalists have been arguing this since the Pontifical of Paul VI appeared and, specifically, if the form for the consecration of bishops truly confers ordination in comparison to the traditional form. For the sake of this post we will generically assume that any form indicating what is taking place will suffice, whatever your view happens to be on this subject.

The issue of this blog post is when other requirements are attached that are historically inaccurate and unnecessary. For instance, it has been repeated ad nauseam that Utrecht requires that a bishop be elected for a specific church. It is unnecessary, although desirable to some, that the clergy and laity be involved in the election of bishops. To require such would invalidate the episcopate of the Roman Catholic and some Orthodox churches. Furthermore, the Church has a long tradition of missionary bishops (St. Boniface!) who are consecrated for no particular population (but with the expectation of the conversion of a populace), bishops of monasteries, administrative bishops who have no direct charge, etc. Depending on your view, this may or may not be desirable. The point, however, is that oikonomia allows for the continuation of the apostolic succession. Holy Mother Utrecht herself derives her orders from a so-called "titular bishop."

Now, because individuals are validly consecrated without a charge does not mean that it is not desirable. No one bishop "owns" the apostolic succession, as the apostolic tradition of the church is complementary to the tactile succession. That is, to do what the church intends. Being consecrated for a specific church creates a larger sense of accountability as well. When St. Ignatius of Antioch wrote "Where the bishop is, there is the church," it was not carte blanche for every egomaniacal sociopath bishop to justify their authority.

Will things aways be done according to the most desirable practice? No. Will people still be healed, the Most Blessed Sacrament be celebrated, the Good News still be preached, and grace be conferred? Yes. Even a scrupulous person like the humble writer can believe that message!

This is a faithful saying: If a man desires the position of a bishop, he desires a good work. A bishop then must be blameless, the husband of one wife, temperate, sober-minded, of good behavior, hospitable, able to teach; not given to wine, not violent, not greedy for money, but gentle, not quarrelsome, not covetous; one who rules his own house well, having his children in submission with all reverence (for if a man does not know how to rule his own house, how will he take care of the church of God?); not a novice, lest being puffed up with pride he fall into the same condemnation as the devil. Moreover he must have a good testimony among those who are outside, lest he fall into reproach and the snare of the devil.
Posted by Vagrant Vicar at 7:35 PM No comments:

Thank You for Being a Friend... 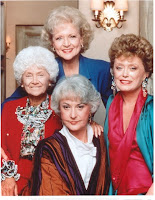 I recently attended the consecration of a friend. Over the course of the weekend, I made a comment to this friend about how thankful I am that we have an Independent Sacramental Movement. I especially am grateful that there were some brave souls that were willing to out on a limb and share apostolic succession with a band of renegades.

Think about it--apostolic succession outside of established churches is a relatively new thing. Sure, there was the consecration of Varlet. However, even his apostolic succession was confined to the Old Catholic Churches. It look men like Vilatte and Mathew to share the succession with others. This is such a relatively recent event in that these consecrations happened within the last 100+ years. Many people within and outside of the movement think that this is the worst thing that has ever happened. However, would many of those same folks inside the movement have orders today without those men?

Sure, Vilatte, Herford, Ferrette, and Mathew were quirky. So were many of the fathers of the movement who passed on succession. But, without their passing on their succession we would be like the priestless Old Believers of Russia. So, forgive this somewhat nostalgic post. But, I am entirely grateful to these early divines. Despite their intentions or shortcomings, they performed significant acts that have had generational ramifications. Some people were and are ordained that should not have been, but can the mainstream church say any different?
Posted by Vagrant Vicar at 3:23 PM No comments:

Charisma! We ain't got none...

Exscuse the Southern colloqualism. But the topic of my post today is about the charisma that often surrounds new religious movements, and how quickly it dissapates within the second generation. More than just charisma, though, is an electric energy that surrounds new religious movements. It could be anyone from Jonathan Edwards (the evangelist not the politician!) to our own greats like Bishop Hodur. Something else surrounds these great individuals, and that is doctrinal development.

How, you ask? Well, as I have often mentioned, Bishop Hodur was a proponent of universalism. In spite of the angst that this causes the Scrantonites as they wax philosophical about conservative values to entice the Romans and the various Anglican clefts, it is not necessarily a bad thing. Bishop Hodur continues the venerable tradition in the line of John Scotus Erigena who said: "Evil, being negative, as is punishment, neither can stand eternal." Indeed, we hope and pray that all of our sisters and brethren are saved, despite how many curses we lob upon them during life.

The same is true of the first Obispo Maximo of the Phillippine Independent Church. Theologically, at the end of his life, he was staunchly unitarian in his outlook. Now, am I saying that we need to rush out and adopt universalism and unitarianism? Of course not. However, I relish the position of devil's advocate. The larger, holistic argument is: are people who have different views from our own totally invalid? Are they no longer a source of inspiration because they waxed philosophical and came up with a different view?

The fundamentalists among us would say, definitively, "yes." If you do not agree with me you are crazy and none of your positions are valid. But look at the good that has come out of some otherwise curious traditions in our movment. The Mariavites, granted, were a little innovative when they elevated Maria Franciszka to hyperdulia. However, many things that they did were absolutely on point. They increased devotion to the Holy Eucharist, fasted and prayed, frequented Confession, built beautiful temples to praise God, etc. These are all laudable things! The same is true of the Liberal Catholic Church. More orthodox Christians would completely condemn them. Are some of their ideas not Orthodox? Yes. However, they preserve the Sacraments, and preserve a belief in Christ that can be non-existant among other esoteric traditions.

This extends to the mainstream church as well. St. Angela of Foligno, for instance, was said to eat the puss of penitents and proclaimed it "as sweet as the Eucharist." If true, this is certainly disgusting and totally nuts. However, she also brought thousands to Christ because of her mysticism and was renowned for charitable works. So, you take the good with the bad. We can disagree with each other and we can even think others are nuts. But, that does not mean that they are bad or that they do not have opinions and reasonings that are valid. There are plenty of new jurisdictional movements, especially in the ISM, that I think are nuts and potentially dangerous. Are they all bad? We cannot reason that something is completely bad, unless we're fundamentalists. So, take it with a grain of salt and leave the rest.
Posted by Vagrant Vicar at 4:16 PM No comments: