Progress Without Throwing Out the Baby 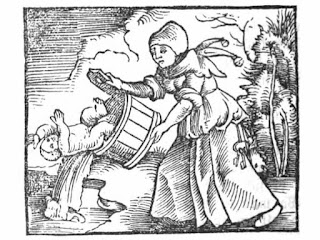 There is an old expression "Don't throw the baby out with the bathwater" meaning that just because you allow or encourage change don't also remove what is good and pleasing. I have been reflecting on this a lot among Autocephalous Catholics. I was talking with one of my dearest friends about the state of the wider Independent Sacramental Movement. This is a truncated transcript:

Me: "Does it seem to you that there are less people entering the priesthood in the ISM?"

Friend: "Yes. I believe it is partially attributable to an opening in mainstream denominations. Before we were a haven for LGBT people, women called to ministry, etc. Now they can find that in mainstream groups with the promise (although not always reality) of payment as well."

I have long wrestled with what makes us unique. Often it is because people who could not minister in the "mainstream church" are able to find a home here. Perhaps they are divorced, married, LGBT, women, etc. My dear friend's observation is that we need to nurture that difference from the mainstream church as part of our essential charism. To be honest, in spite of how many people we have who are "Roman Replicators," that is a big part of why we exist--because there are people who can minister here who cannot minister elsewhere.

I don't think this is necessarily a bad thing. We do need to offer a venue to people who have legitimate callings to provide the sacraments. But it does provoke the question of how this changes us in relation to our larger counterparts. If we have groups that ordain women does this even affect our relationship with Rome and Orthodoxy? Do they even care? Would they see us as "valid" even if we didn't? Perhaps we do need to be less focused on the larger, more mainstream churches.

But we don't have just an obligation to Catholicism as a universal group. We also have an obligation to the faithful we serve. If we change our sacraments in terms of who can be ordained or marry does it affect our ministry with those we serve? Do they care? If Rome is right and women, for example, cannot legitimately receive the sacrament of Holy Orders, do we then sever our apostolic succession because of our inclusivity? Or is this too selective of an interpretation because Rome, the Orthodox, etc. have continued talks with the PNCC which regards the Word of God as a sacrament?

It is not my intention to be insensitive in asking these questions, but to provide a train of thought of the many things we need to discuss more as a movement. For those who have not made sacramental changes what do they have that entice the faithful or make them different than the mainstream churches. Do they only exist because their priest cannot minister in a mainstream church? What need are they fulfilling?

A natural question, for me, is also how do organizations make changes in their discipline or polity without becoming a place where "anything goes?" This is a charge often leveled, sometimes rightly so, at the Episcopal Church. They have priests who openly deny the Resurrection as well as question the core tenets of Christianity. Although these seem to be anomalies, they do exist and (I think) cannot be replicated within our movement if we are to be taken seriously. It is worth noting that another friend rightly surmised that "Rome has liturgical and doctrinal abuses without the changes of the Episcopal Church (i.e. ordaining women, LGBT persons, etc.). So we can't reason that this change is the cause of it all."

What does the future of Autocephalous Catholicism look like in the 21st century? Is there a path that will be most successful in reaching the faithful while maintaining true to our catholicism (little c)? I am wary of so-called "big tents" because of the historic example of Anglicanism. I can't quite understand how a section of a church intended to ordain and consecrate "massing priests" while another believed that to be essentially heresy and ordained ministers to provide a symbol. A "smaller tent" is necessary for my understanding of apostolic tradition, but what that looks like is questionable. Does it include sacramental and disciple changes which will further separate us from the "mainstream" to maintain our charism or are we called to be part of the larger tradition in spite of our separation?

So, what do you think?

“If according to times and needs you should be obliged to make fresh rules and change current things, do it with prudence and good advice.” – St. Angela Merici
Posted by Vagrant Vicar at 4:05 PM No comments: 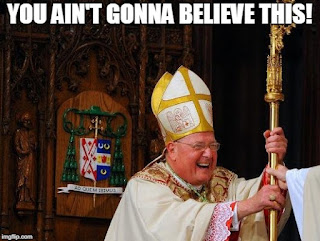 Episcopal consecrations in our movement are typically mundane. However, every so often there is the announcement of one that results in half a dozen messages to me of "can you believe this" or "OMG." This happens from time to time, and I may not be writing about something recent. Traditionally they follow the same pattern. An individual who has been with numerous jurisdictions, often has started and ended several parishes and/or religious groups, and will wax philosophical about how terrible the movement is and how awful it is everyone is consecrated a bishop--until it's them.

From experience I have learned to take these announcements in stride. It is pointless to contact the consecrator about the wisdom of the action. It's always going to happen anyway. In the past these have resulted in hurt friendships or the ignoring of the message. I know of once instance where a bishop pleaded with another not to consecrate someone in his area only to be verbally berated. And we don't always have the full reasoning as to who, what, when, or why. So, life goes on. It either ends up in the person leaving the jurisdiction where they are (because now they have the "all-powerful episcopacy"), continuing their behavior, or, ideally, rising to the challenge.

The reality is that we in the "Independent" or "Autocephalous" world are no different than any other group. There will always be people who are chosen for the clerical state (any part of it) in all different groups where some might think "really?" I have no doubt that our Roman Catholic, Orthodox, and various other brethren see consecration announcements and think "can you believe this" or "OMG." The issue becomes when the person creates scandal-- when their behavior or actions become scandalous to the faithful. And we Christians have been very successful at creating scandal in all our various ecclesiastical entities! The only real difference is that it's easier to end up a bishop in our corner of the Church.

So, then, what is the remedy? Is it to stay silent? Is it to confront? Well, at some point it is our job to discuss in a diplomatic way if possible. If this is not received, then we have to do something more than shake the dust off our feet. We must pray. This method doesn't just apply to bishops--it's to anyone ordained where we have a concern or an issue. We must pray that their ministry is fruitful. We must pray that they, and we, are transformed by God's limitless grace. We must ask God to bless them and to speak through them. Because, after all, are any of us truly "worthy" to be ordained?

"My dear child, you must believe in God despite what the clergy tells you."