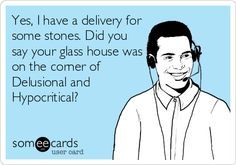 The challenge of belief is that we often forget that the Church is the hospital for sinners. As such, we should expect that people of varying backgrounds come to the Church for salve. We acknowledge that none of us are perfect and that we offend God all too often. Besides loving God and our neighbor we try to heed the words of the monk in "Ostrov" when another monk says "Father, how should I live?" "Just try not to sin too much" is the reply. We know that we will commit sin but we proceed forward knowing nothing we do can merit forgiveness but for the grace we have received from Our Blessed Lord.

The Autocephalous Catholic movement has its share of saints and knaves. However, we acknowledge that we have more than our fair share of people with checkered backgrounds. Who come to the movement because they need a place to minister. Because they appreciate the freedom, or their lifestyle prohibits them from ministry elsewhere, or they have been impacted by the larger Church, or, or, or... In reality, this is the same reason why other people pick any number of religious institutions. Because it appeals to them.

As noted, some people will have checkered backgrounds. The Church, as a hospital for sinners, welcomes these people. Sometimes, however, their past actions must preclude them from active ministry. I do not believe that a person who has committed sexual acts with children can ever be admitted to ministry. I am sympathetic to a person who has reformed themselves. However, there are any number of people who are prevented from ordination to the priesthood. Because of physical or mental limitations, etc. Yet many find the grace to live out a Christian life. This can be achieved by the infamous, who have caused grave harm to others in their past.

But with hypocrisy, we are not even necessarily talking about the notorious, those who have committed heinous acts. In our movement, because we often have looser disciplinary requirements, we often have people ministering who don't look like clergy in the wider Roman Catholic or Orthodox Church. They could be benign (married bishops) or they could be those who have been pastorally admitted (the divorced and remarried or those with infamous pasts or whatever).

The problem is when clergy of our movement adopt a "holier than thou" attitude. For instance, with the benign, there is a cognitive dissonance I have seen among some married bishops. They think that but for this one issue they are exactly in sync with a larger church of their choosing (again usually Roman Catholicism or Orthodoxy) and should be treated as "rightfully Orthodox" or whatever. The larger church would consider their being married as a grave matter, yet they do not. And that's fine. The problem is when they begin to condemn others because of their disciplinary foibles. I don't believe one can slide into bedlam because of a disciplinary change, but I also think that the one who has received some mercy must also be merciful. 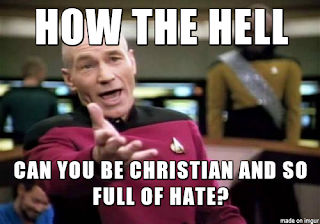 The same is true of those who have pastoral admissions to ministry. If you have received the benefit of Holy Orders in spite of your past or even current picadillos, which includes all of us, for God's sake don't proclaim yourself to be the arbiter of all moral goodness. Just shut up and humbly minister and thank God every day for the opportunity. At the end of the day, none of us are ever worthy (or will ever be worthy) to minister to the people of God. So, we get about doing that without condemning other people, without judging them, and without causing a scene.

In doing this, we imitate Our Blessed Lord who handled the repentant respectfully and tenderly. He did not allow the crowd to stone the woman caught in adultery. So why do some clergy think they now must pick up the stone? The same is true of politicians. We all know that in the history of the world politicians have never been examples of holiness. Yet some now think it is their duty to impose their own morality on other people. Often times, the ones with the most condemnatory moral statements have the most checkered pasts themselves. Sadly, we've almost come to expect it. When someone screams the loudest about a sin it's because they are themselves embarrassed at their experience with it.

So, we go forth and sin no more. That's tongue in cheek, because we know we will inevitably sin. We were given free will and human beings can't seem to keep themselves out of trouble. But we can turn to Our Lord and Our Lady of Mercy and beg forgiveness. Saint Paul likens our spiritual life to a race. Sometimes we win, sometimes we fall behind. But the last thing we can do is kick our fellow runners while they're down. It's just mean.


“Be careful not to practice your righteousness in front of others to be seen by them. If you do, you will have no reward from your Father in heaven."
Posted by Vagrant Vicar at 12:32 PM No comments: